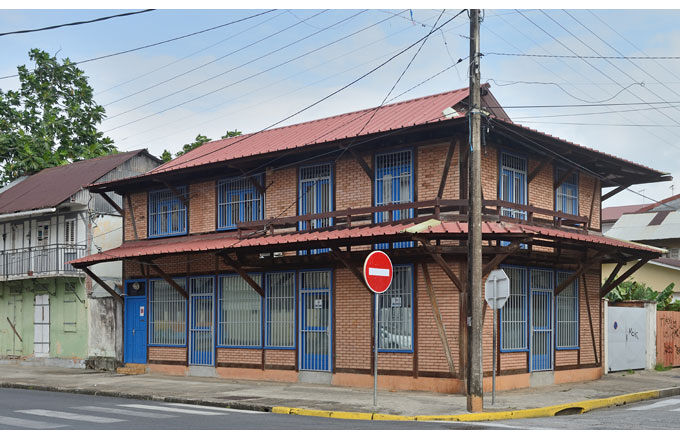 Habitat in the West Indies has undergone big changes over the past three centuries, as it is true that houses like agglomerations not only reflect climatic and social influences but also those of history.
If the Arawacks have not left visible traces of habitat for us, we know better that of the Caribbean, often described by chroniclers of the time: sailors, logbooks, travelers, etc.

In his essay on human geography “COUNTRY LIFE IN MARTINIQUE”, R. P. Delawarde speaks of the Caribbean “mouïnas”, small huts near the carbets, sheltering old people, children and women. Apart from the mouïnas, the navigators discover in these islands carbets, huts and ajoupas, often described and drawn. Each hamlet is made up of a family grouped around the Father of the family who has his hut where his wives and unmarried children live. In fact, it is necessary to imply several boxes around the Father, because each box has only two or three bedrooms, one of which is used as a bedroom and reception room for visitors, the other being the dining room. We often add a small room, where they pile up their cocoons: arrows, bows, jewelry, hammocks, boutou; with the arrival of Europeans, these cocoons count in their inventory of knives, bill hooks, axes and mirrors.

Married children are placed around this main circle of the Father, with, in turn, their wives and children.

“They (the Caribbean) are separated by families and these families are made up of several households that live together and are like hamlets under the father of the family; the sons and daughters of which are married and each have their own hut. First of all, they make it a large commune for all sixty, eighty and one hundred feet long, more or less which they call KAREBET. Around this large one, they make small ones for each message.

These boxes are made of forks of trees planted in the ground, joined with other pieces of wood, which hold from one to the other. Thereupon they put rafters that go to the ground and cover everything with latanier leaf or reed. You can see a drop only by the light of the fire they make there or by the hole through which they enter which is two to three cubits high. The women clean the boxes and the boys clean the karebet, and place it around. During the day the men eat there and at night they retreat to the small huts to sleep.
(From the origin, religion and other ways of doing the Caribbean, commonly called savages, former inhabitants of Guadeloupe, by Father Ramond BRETON, Edition “ANNALES DES ANTILLES, n ° 11).

And here is the description given by R. P. Du Tertre du Carbet, in his “General History of the Antilles”:
“In the middle of all these huts, they make a large commune which they call Carbet, which is still sixty or nineteen feet long and is composed of large forks 18 or 20 pilds high, planted in the ground. They place on these forks a Latanier, or another very straight tree which serves as a faist, on which they adjust rafters which come to touch the ground, and cover with reeds or Latanier leaves; so that it is very dark in these Carbets, for there enters no light except through the door, which is so low, that one cannot enter it without bending. The boys take care of cleaning and sweeping it, and even all around it. ”

The Caribbean technique remains one of the basic elements of the habitat of the first settlers. As soon as they are in possession of a non-cleared concession, they settle near a river or source, to get water and build a hut out of materials which they take from the surrounding environment. Father Labat who describes the land clearers of the late 17th century notes
“We first start by making a few wooden menu boxes, which we cover with palm leaves, latanier or reeds, after which we cut down the trees, starting to clear the area where we wants to make the main establishment.
Most of the inhabitants have the bad habit of cutting down trees on top of each other, as the Caribbean do, and setting them on fire when they are dry, without bothering if they are suitable for building wood or no, or if the time is right to cut them down and keep them; but those who have common sense and economy prefer not to go so fast and keep all the trees that are good at making planks, cartilage, beams and other lumber, which is a considerable profit , especially now that building timber is becoming very rare and therefore very expensive ”.
It was natural for the land clearers to learn from the Caribbean their first installations because they alone know how to create fresh habitats adapted to the climate and their apparent fragility finds compensation in the ease with which construction materials are found. You can feel it very well during cyclones, because if the islands offer a desolate aspect to the next day, this is quickly erased in the days that follow.

One will find in fact, and from the beginning of colonization, several types of habitat, according to the state and the possibilities of the colonists.
The officers and the merchants of Saint-Pierre make houses known as “carpentry” in planks, covered with essences or even with Dutch tiles that the ships (Dutch) bring as ballast.
The small settlers or land clearers, who come from an uneasy environment (liberated recruits, artisans, liberated soldiers), build basic huts with small woods, reeds, lianas and which they cover with braided herbs and leaves.

During the 17th century, the wealthy settler built wooden dwellings and, from the 18th century, on stone, masonry and wood, covered with tiles.
No castles like that of Saint-Christophe, belonging to the governor of Poincy (early 17th century) or like those of Haiti or Saint Domingue. The governors of the West Indies will build solid buildings, and Du Parquet will have around 1636-38 the first stone house in Quartier Monsieur, which the astonished Caribbean, will try to push with their shoulders in order to measure its resistance.
The slaves will build their huts in the lee of the master’s house in the African way, which will allow Father Delawarde to affirm that the huts of the land clearers are made in the same way as those of their slaves. It is likely that the land clearers borrowed to build their habitat in the Caribbean as well as in Africa

SLAVE HUT.
The slave hut, as seen by Father Du Tertre, is presented in groups on the dwellings and downwind of the master’s house.
“They are hardly more than nine to ten feet long by six wide and ten or twelve high; they are composed of four forks which make the four corners and two others higher which support the cover which is only of reeds, that most of them bring down to a foot of earth. Those who hold it higher, palletize it with large stakes which touch each other, without using reeds like the François, who are very glad to have air; so much so that their Cases are closed like a box, lest the wind enters what they do with good reason, because they are almost never there except at night, as these nights are extremely cold, they would be too unscathed from the wind and that great air, so the iour only enters through the door which is five feet high.

All the slaves of the same family build their huts in the same place, so nevertheless they leave ten or twelve steps apart. When there are a lot of them, they usually make a circle and leave a common place in the middle of all the boxes, which they take great care to keep always very clear ”.

THE LITTLE COLON’S HOUSE.
If we compare various descriptions of the 17th century huts, it seems that the little settler built a thatched cottage that held Caribbean, African huts as well as thatched cottages in his native village. It is a light, fresh, inexpensive habitat made with the surrounding woods. Father R. Breton even points out boxes of reed clearers, the stems serving as walls and the heads for the roof. We use bitter woods, resistant to climate and insects: marbled wood, iron wood, courrauça, American fig, mangrove, lizard wood, angelin, balata, red wood, thorny , pink wood, white gum, red mahogany, palm kernel, etc. A large part of this wood has now disappeared through irrational use of the forests. Besides, the problem seems to have remained at the same stage because today we see deforested hills invaded by brush without a rational enterprise creating a reforestation movement. Besides, no village has been educated in order to know how to cut down woods. In the XVIIth century, wood is therefore in profusion and Father Delawarde, starting from the old texts describes the hut of the little settler in the following terms:
Released, yesterday’s hired worker, on the way to becoming a hut master, cut his hut posts, which he sometimes thought of garnishing with a sole, in a wood resistant to rot and insects; in swampy places he found reeds, he could simply file them in the ground side by side and connect them transversely by others previously split in half. So, if nothing more was added, the light entered the hut as in the cage of a bird, without windows. 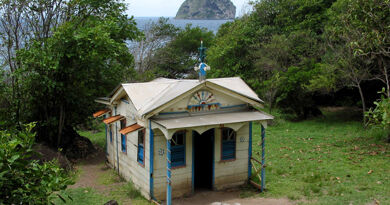 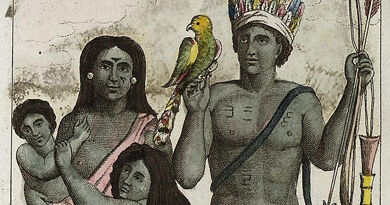 Difficulties with the Caribbean 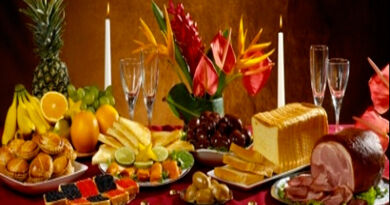